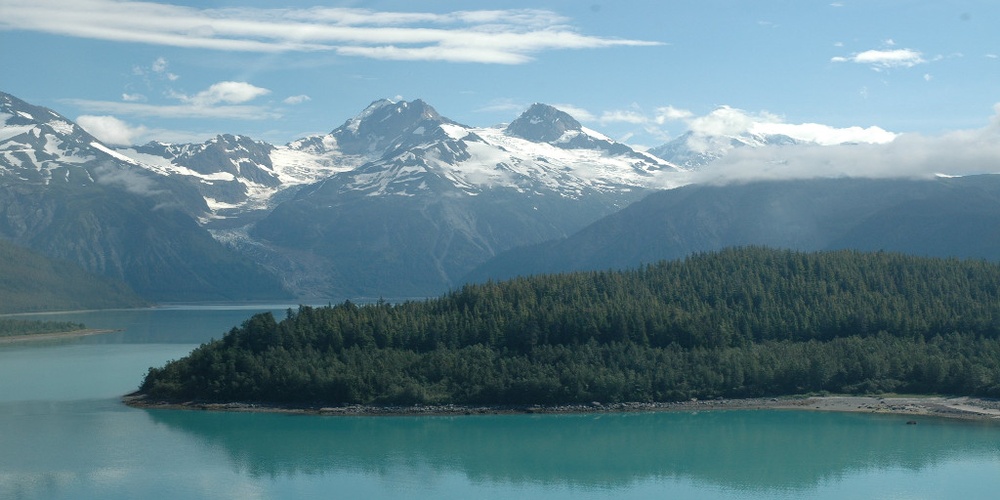 At 10 pm on July 9th,1958 there was a magnitude 8.0 earthquake along the Fairweather Fault.  The earthquake loosened 40 million cubic yards (30.6 million cubic meters) of rock. The rock mass fell 3000 feet (914 meters) into the water below. This massive displacement of water formed the largest recorded tsunami which swept across the bay.  The resulting "gravity wave" was 1720 feet (524 meters) above sea level. Millions of trees, vegetation, and soil were washed away leaving bare rock surfaces behind.   The wave was estimated to move at a speed of 100 mph (161 kph). 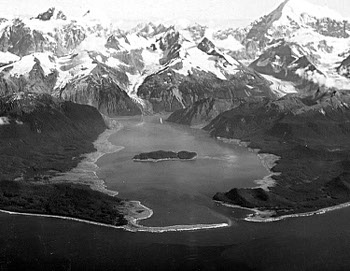 Instead of falling masses of rock, most tsunamis are caused by sudden undersea land movements during an earthquake, undersea landslide, or volcanic eruption. A tsunami is generated

Water is displaced by the disruption and moves across the ocean (propagation).  Think of throwing a rock into the middle of a pond (in the case of Lituya Bay, the rock was 40 million cubic yards).  How the resulting wave forms (inundation) depend on the topography of the ocean floor and the characteristics of the coastline.

To form a Tsunamis the cause of the displacement must be significant.  An associated  earthquake is generally at a magnitude 6.75 (richter scale) or greater.

How often does a Tsunami occur?

Historically large Tsunamis occur about once a decade.  This of course is an average and there have certainly been more than this in recent history.  Tsunamis in total (both small and big) occur about twenty times a decade.  Remember, a relatively "small" Tsunami that does not cause damage rarely make the headlines.

How big and fast can they get?

Tsunamis of the recent past...