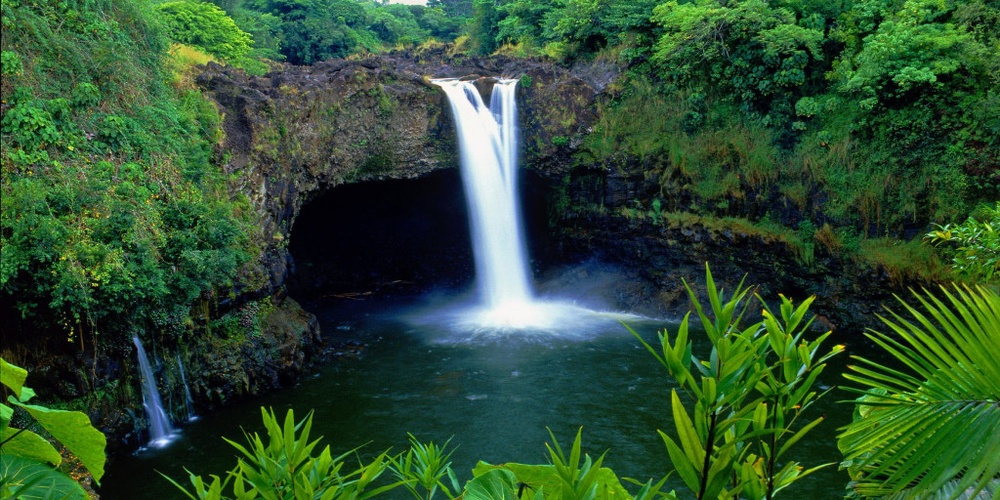 Hawaiian Weather - Hawaii contains one wettest places on earth and even snow.

There are two major seasons in Hawaii.  The summer season lasts from May to September.  The winter lasts from October to April. Due to relatively common solar energy levels, there is no dramatic changes between seasons. There can be various weather conditions between the islands and even dramatic differences between the regions of individual islands.  Island regions can see various levels of rainfall, cloud cover, temperatures and wind speed between them all at the same time.  This is accredited to variations of topography and elevations. Kawaihae Bay expects 7 inches (50.8cm) while Mt. Waialeale, Kaui expects 486  inches (1234.44cm).  The state has average of 70 inches (177.8 cm) providing nearly 8,000 billion gallons a year. Temperatures differences are less extreme regions bellow 4000 feet (1219.2 M) seeing only a 4º-8ºF differential between the summer and winter.

And then there is snow.  Yes snow in Hawaii.  There are severally storms a year that result in a foot of snow (sometimes more) at the highest elevations.  Snow can reach 7000 feet  (2133 Meters) but melts quickly below 10000 feet (3048 meters). Due to the high solar energy levels, no snow lasts more than a few days.