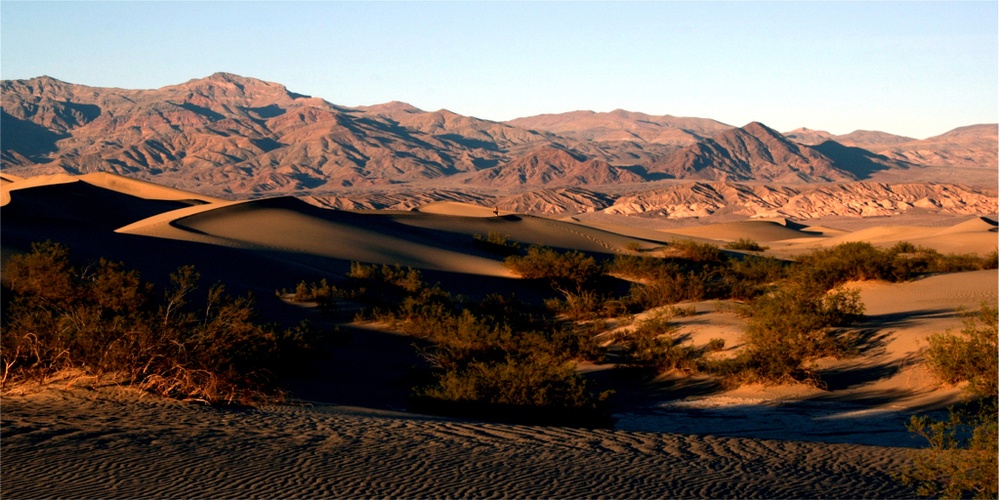 How can a place so hot get so cold?

Recently we received a question from someone who had been camping in the desert. He was curious about the temperature variations.  During the day it can be extremely hot; only to be followed by relatively cold nights.

Hot during the day and cold at night

Humidity is the key to this phenomenon.  Humidity reflects the suns radiation as it comes in and then helps trap in the heat energy fro leaving. Deserts typically have low humidity.  Because of the clear dry air and minimal vegetation,  a high percentage of the sunlight reaches the ground. The rocks and soil absorb the intense heat.  At night, the ground emits the heat energy it gained during the day back towards space.  Without humidity to trap the heat energy in, the radiation dissipates quickly at night.  The result is relatively cool nights.

Are all deserts the same?  Nope, there are four main classifications.

As a general rule, a desert is a region with sparse vegetation little rainfall.  A desert typically receives less than 19.7 inches (50)cm of rainfall.  Deserts are not limited to hot regions; deserts can be hot or cold.  Cold? Yes, think of Antarctica. Antarctica fits the general description but is not commonly considered a desert.  Realizing the broad definition, it is easy to see how 1/5th of the world is considered a desert.