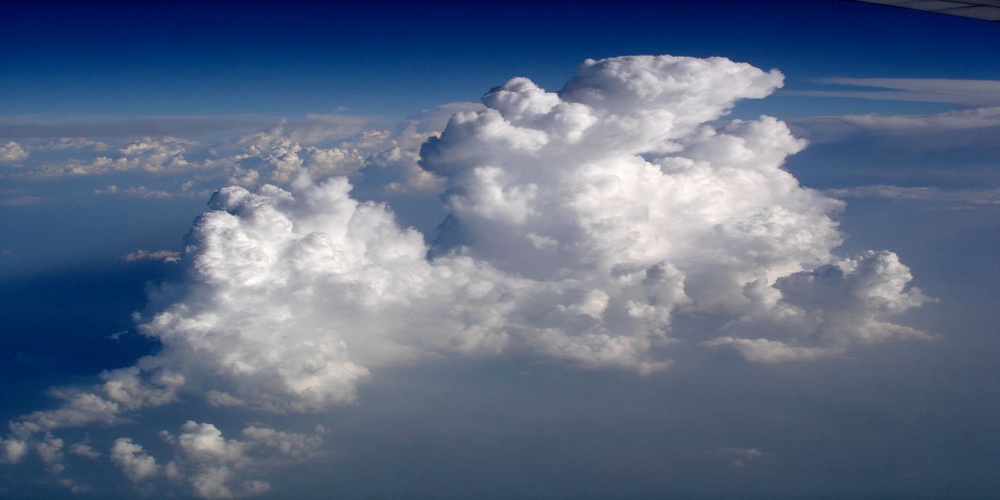 Clouds.  Just what is a cloud and how is it formed?

Clouds are commonly known to be made up of of water.  But that explanation is far to simple. After all, water vapor (tiny gas particles) is typically not visible.  There is water vapor in the air around you right now but you probably do not see it.

How is a cloud visible then?

The earths surface warms unevenly.  Some surface areas heat up quicker than others depending on the features of the ground (i.e. parking lot compared to a thick brush).  Air near the warmer ground is warmed first.  And the warmer the air gets, the more moisture it can hold.

Next the recently formed mass of warm moist air begins to rise.  As it rises, the surrounding cooler air rushes in to fill the void created by the rising mass of warm air. This upward current of warm air is called a thermal.

As the warm air reaches higher elevations the mass begins to change.  Air pressure reduces as elevation increases.  As a result, the mass of warm air expands as the surrounding air pressure is reduced.   As the mass expands, the temperature of the air begins to cool.

Now you have a rising expanding mass of humid air that is cooling. At some point the air cools to a temperature where it can no longer hold water (dew point temperature). The water vapor, which is a  gas, condenses into a liquid.  These tiny water droplets cling onto tiny  particles or cloud seeds.  The particles which include aerosols (salt, dust, and soot from a fire) and ice are very small; about a hundredth of a millimeter in diameter.  If enough water condenses onto enough particles, clouds begin to form.  Depending on the temperature, these tiny drops remain as a liquid or freeze into solid ice particles.

A cloud is just a large collection water droplets clinging to particles.  The various factors that helped the cloud develop: temperature, altitude, and humidity dictate the clouds features and shapes.